The famous chia pudding that everyone knows and loves, but with the addition of green tea! I’m generally not a huge fan of green tea, but I know how great it is so I try and sneak it into my food whenever I can.

White, green and black tea are powerful sources of antioxidants. A major benefit of green tea is its ability to relax the arteries. This increases blood flow which decreases cardiovascular disease. The European Heart Journal published a study in 2007 showing that its healthy effect is blocked when milk is added to tea. The casein (protein) in lactose milk binds to the catechin (polyphenols – natural antioxidant) found in green tea preventing its antioxidant effect. It has been suggested that casein could also inhibit other beneficial effects found in tea.
Almond milk does not contain casein, so adding it to your green tea still lets you get all the health benefits from it!

To make the pudding use 2tbsp. of Chia seeds. Cover them with the combination of green tea and almond milk and place in the fridge for two hours. The seeds will expand as they soak up the liquid and become a thicker consistency. Remove from fridge and add any toppings you want. My favourite is blueberries and banana’s with dried cranberries, cocoa nibs and shredded coconut. Enjoy! 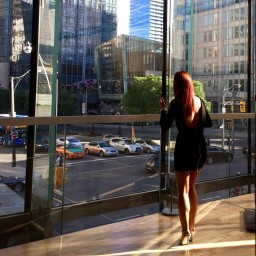 "Never give up on a dream just because of the time it will take to accomplish it. The time will pass anyways"